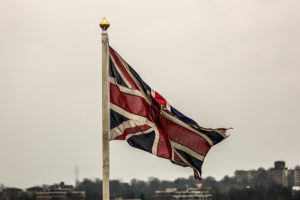 What do these two paths of Brexit (see here and here) mean for Switzerland? The British divorce has a lot to do with the EU-Swiss discussions about their future relationship. But there is one main difference: The Swiss already have one, based on more than 120 bilateral treaties – and no vote to terminate it like the Brits. The Swiss have a bird in their hand and are discussing whether it sings sweetly or is just laughing at them. It’s the EU that wants Switzerland to have another bird, one that suits their interests. For almost ten years from the first package of bilateral treaties in 1999 the EU believed that these treaties would be a first step towards Switzerland full membership, either in the EU or at least in the EEA. And there are rumors that the Swiss even told them so. And deep in the bottom drawer of some Brussels office still was a solemn letter from May 20, 1992, in which the Swiss asked the EU for negotiations to become an EU-Member.

Around 2010 it became clear, that this was just a hope that would not come true for many years. In 2011 the EU proposed talking about a new institutional framework with the main goal to implement a new way for EU-laws to be adopted by Switzerland. The Swiss Government immediately said that this would be necessary to strengthen the so called „bilateral way“ in EU-Swiss relations. In 2012, discussions started between the EU and Switzerland about such a framework. According to some reports, the main cornerstones were fixed over a nice fondue in the old city of Fribourg. By May 2013 the two representatives signed a document, a so-called „non-paper”, as a base for the official negotiations. The Swiss acknowledged the ECJ to rule out the EU-Law but wanted another political step in a joint committee afterwards, to avoid a discussion about „foreign judges“ in Switzerland – something the EU has never accepted – and can not accept without hurting the credibility of its highest court. Since then, both sides have decided their mandates and have met for 17 rounds of negotiations on a framework, with no final agreement that suits both sides. In 2014 the Swiss voted in favor of a proposition to steer the immigration from EU-members, which contradicted an existing treaty between the EU and Switzerland and its principle of the freedom of movement of persons. The implementation was made without restricting migration and though harming the treaty. Growing voices in Switzerland, both in politics and business, say that there is no need for such a framework and if they sign one they want something for it, for instance a safeguard clause on immigration.

So even if the United Kingdom and Switzerland have a totally different starting point, the main difficulties in the case of a „soft-relationship“ are quite the same: the judicial control of the existing treaties and the common law, the implementation of future EU-Law, and immigration. Because Great Britain is a much bigger client for the EU and a much more important political power, and because there’s no immediate need for such an agreement with Switzerland, the Swiss can play for time, see what the Brits get and then ask for the same – or remain silent if they don’t like it.

But that means the two paths for Britain, Hard- or Soft-Brexit, might be the two options for the Swiss some day. Soft-Brexit would therefore mean another discussion about whether Switzerland would join the EEA. Such a proposition failed at a ballot 25 years ago. It would mean the same open borders for EU-migrants with a job as now, but a surveillance and judicial control not by EU-institutions, but by those of the EFTA, the EFTA Surveillance Authority (ESA) and the EFTA-Court, both supposedly with Swiss participation. And being a member of the EEA would mean the adoption of EU-Law anyway – something that happens today as well but is mostly well hidden in the terms of „eurocompatibility“ or „autonomous implementation“ of Swiss law – two quite orwellian descriptions of just doing what the bigger partner wants. The interesting thing for Switzerland is the possibility of a second phase of a Soft-Brexit, the two birds in the bush. If a stronger EFTA with Britain becomes something like a „continental partner“ of the EU where only the necessary rules for free trade in a common market have to be implemented and where there would be no freedom of movement of persons, this would certainly be an attractive solution for Switzerland. The country could preserve maximum of political sovereignty, and thus democratic participation of its citizens while having guaranteed access to the single market, without the regulations that damage its global competitiveness.

If Britain chooses the other path, to leave the EU with Hard-Brexit, or a transition deal that lacks the privileged access to the continent similar to the one the Swiss have right now, it would be the ultimate test for many experts who claim, that Switzerland and its economy are totally dependent on having treaties that guarantee access to the European single market. In times of accelerated globalization the words of Lord Harris of High Cross, the former director of the Institute of Economic Affairs, a famous think-tank based in London, might become truer and truer: If the European common market is globally open for free trade, Switzerland does not have to be part of it – and if it’s not, Switzerland shouldn’t.

Switzerland exports 63% of its goods and services to countries outside of the EU – and this percentage will rise even more in case of a Hard-Brexit. A highly competitive country should not be restricted by the rules of a shrinking and over-regulated common market. And in addition to that Hard-Brexit would be a test for the EU as well. If it treats the Brits with hostility and seals off British business from the market, this would be a warning for Switzerland. If the test goes wrong in any kind of way, the Swiss know what to avoid – common market or any further approach to the EU.

Switzerland already has a bird in its hand. It can wait and see whether Great Britain get a better one from the bush or even two of them. „Wait and see“ has always been a part of Swiss foreign policy. It’s not an attractive one for politicians, but not surprisingly a quite successful one for a small country.

And after all, it’s a good strategy for observing birds as well.

The other parts of this article:
Part 1: Soft Brexit
Part 2: Hard Brexit

The problem with politics isn’t the money; it’s the power.